This one was supposed to slide through the net. One of those meals that didn’t have enough pictures to make it a post. It didn’t end in an epiphany or come with some powerful deeper meaning about humanity or the city of Paris or the people of France. Honestly, with the facts all laid out in front of me in bullet points, the whole experience pretty much boiled down to a nice walk and some creme brûlée.

It was a really nice walk though.

And don’t even get me started on that fucking creme brûlée.

So here it goes.

A cobalt night had started to fall on Paris and the city was a velvet sheet with holes pricked in it, light spilling out of them. We were following my wife, Magell-lissa, through the winding alleys of the Marais in the twilight, four dark figures on nearly empty streets, winking in and out of existence in the honeyed glow of the shop windows. Yelp had pointed us in the direction of a place called Le Compas and we found it bustling on this quiet night. The air outside was patio temperature, but the cigarettes were out like swarms of fireflies in their outside seating area, so we opted for a table inside.

At our table, Melissa ordered a glass of Ricard from the waiter. I wouldn’t shut up about it since Roger Martinho told me it was one of the biggest things he missed about France. The waiter brought her a half full wine flute of it. It was the color of fresh ginger and it smelled like licorice. She managed to take a puckering slug of it before the waiter could commandeer her glass and explain that she was supposed to water it down.

The restaurant had the candlelight glow of the kind of bar that a mobster might own. Smoke coming in off the patio, hanging around the bulbs and if you did a chicken dance in your chair, you’d knock people unconscious on either side of you. There would be no chicken dancing this night. I don’t remember what I ordered, which says nothing about the quality of that meal (which I remember being excellent) and everything about the dessert that followed it. Creme brûlée is one of those dumb touristy things that I felt I had to try at least once while I was in Paris. Like a Guinness in Ireland or schnitzel in Germany, I pointed at it on my menu for the sole purpose of knocking it off a list and didn’t commit any thought to actually enjoying it until the first bite was in my mouth. My spoon crushed a crater into the surface of it, spiderwebs across the eggshell thin layer of carmalized sugar on the top. Still only half paying attention, I dug a groove in the custard below, dumped it into my blah-blah mouth and the good boy part of my brain went out like a light. Good boy brain knows what noises are appropriate to make in a crowded restaurant. Good boy brain knows that one should pace themselves when eating in polite company and that spoons are for scooping and not for licking obscenely.

But those shards of sugar crunched between my teeth and that custard glazed out smooth and creamy acrossed my tongue and good boy brain hit the lever under his seat and was ejected from the cockpit trailing moans and eyerolls. I embarrassed my wife and I made my parents regret not getting me tested for stuff when my second grade teacher told them to and I’m pretty sure there’s a picture of my face at the hostess stand of Le Compas, warning them not to seat me in future. That’s on them though. Don’t make crystal meth if you don’t want people to take their clothes off in your driveway… or whatever. 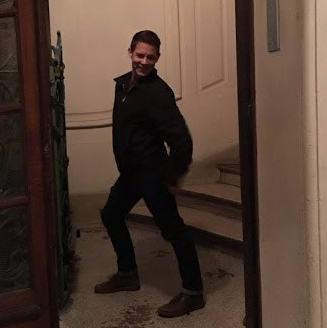