We crossed the Rhein river in the lavender light of a setting sun. 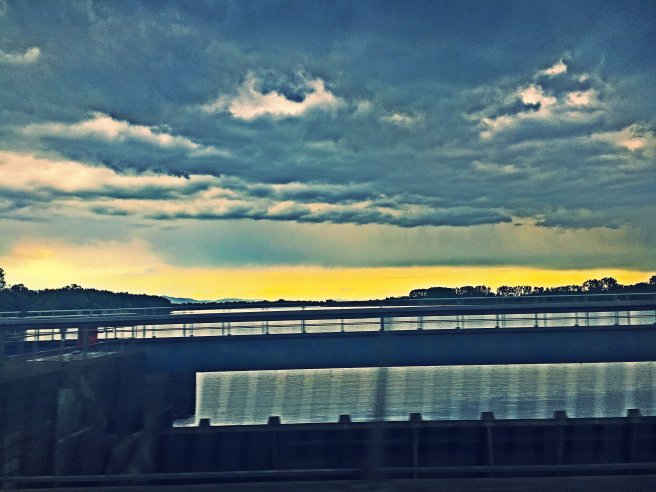 “Germany.” My mother said, and something like ancestral pride welled up in her, staring out across the land from which her people had come. A tunnel drew us into Baden Baden. Warp speed, in the amber colored tube of concrete, trailing neon signs like passing stars as we hurtled closer to the town where we would be spending the next few nights. Baden Baden isn’t as well known as Munich or Berlin. We ran into an Eastern European friend at the airport, who asked us where we were going and when we told him he nodded at us and said,

“Nice. The bottom bottom should be very pretty.”

Most of the information that I had on the place was centered around an episode of a Rick Steves show in which he and his wife got uncomfortably naked in a full service spa. I think Rick Steves’ penis wears glasses (more about the spa next week).

The tunnel spit us into a twilight city that had drifted off to sleep while we were underground and we spent twenty stressful minutes driving the same loop of the same 4 streets snarking at one another about which turn to take the way tired families in cars tend to do. We finally threw the whole operation in park beneath a sign in our hotel’s parking lot that read “For Ladies Only” which I promptly took advantage of.

When we’d checked in and dropped off our stuff in our rooms, it was dinner thirty and there was a collective growl that started at our stomachs and was finding its way behind our teeth. The woman at the front desk told us that there were two ways into town from here. The first was shorter but uglier and the second was longer but prettier (like the movie Twins) and in our slathering, exhausted state, we opted for the Devito of the two. The sidewalks were narrow and in the dusky light, the buildings felt drained of color. Silent city, save for cars. We wound up and down grey streets, poking our heads into empty restaurants, feigning polite carelessness about where we ate, finding many of the options that we could agree on closed when we got there. We missed Monte Christo on the first pass. Saw that it was a tapas joint and felt the hunger in us bray at the thought of sharing anything. As we rounded the block, though, we heard the raucous sounds of serious cooking through a window in the alley, smelled the lush smells that accompanied them. We made a second pass and stuck the landing. The door of the place opened and the building enveloped us in its warmth. Red paint on the walls, bodies stacked shoulder to shoulder in the flickering light of candles. I had been wondering where everyone was as we’d walked into town. Here, apparently. Paprika hung in the air, smiles on faces, forks near mouths. A silver haired man rounded us up at the door and parked us at a table in a corner where we ogled the menu with its wild offerings, pointing at things. So many things. Too many things. The silver haired man returned and we ordered the too many things and he saw that we needed them and he didn’t argue. The energy in the room was a damp log on a hot fire, crackly and warm and we sat in the glow of it while we waited for the food. 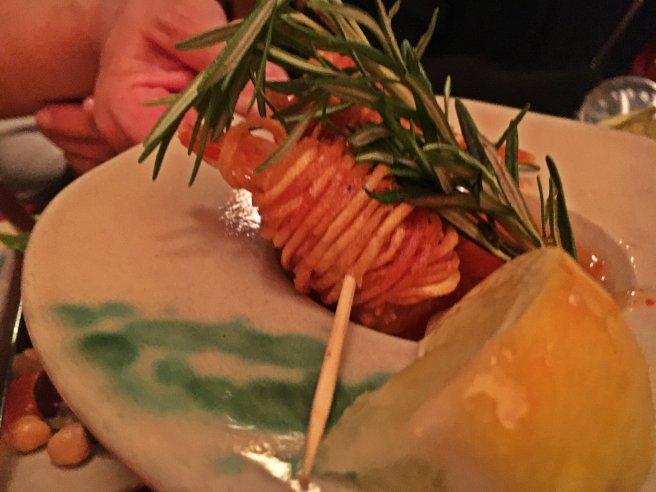 The courses came like little birds that landed on our table when they were ready. No rhyme or reason and no need for it. Bacon wrapped dates and balls of fried cheese. Pickled things and calamari and polenta. They were all different and storied and they tasted as though they’d picked up their flavors as they passed through restaurant. Sound and warmth and color coalescing into taste. We stuffed ourselves and the lights came back on behind our eyes. Laughter like a ringing bell from our table, another flavor for their spice rack. When the food had been mostly picked over, our silver haired waiter came to our table, drawn maybe by our accents or our English.

He had lived in Los Angeles for a little while and New York for some time as well. He told us that he liked the places but that he had missed driving in Europe. Somewhere in Baden Baden there was a BMW with his name on the registration, a speedometer that went all the way up to 160 and a needle that had pointed at it.

He got six weeks off a year, here.

We told him about our trip and he told us about Baden Baden and his native Kosovo. He practiced his English and we practiced our German and we all practiced laughing and smiling.

We walked home in the darkness and it was a different city. Stars shone in the spaces between the buildings and the distant gurgle of a river whispered up the streets. The hills rose black and jagged with trees against the cobalt sky and a wind slid down the alleyways, but the city was not cold. 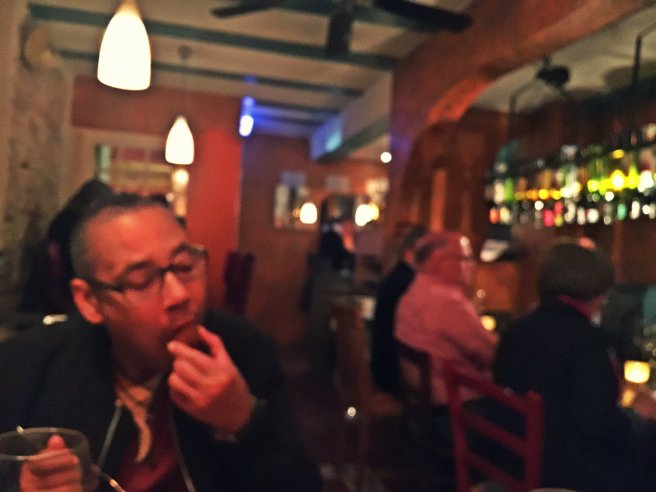